Can We Debunk The Power of Positive Thinking?

“Change your thoughts and you change the world.”

We know that as humans we have the power to create an impact on our own reality. What we don’t agree with is this lopsided way of going about it.

So here’s the concept of the power of positive thinking debunked:

In our daily lives, we’re bombarded by positive thinking adages like the one above. Every couple of years a new author turns up to take the same concept and morph it to suit the messy masses.

Positive Thinking was first packaged for the mass market in the 1950s in a book called The Power of Positive Thinking, and since then it’s become a generic pill prescribed by various self-proclaimed ‘experts’ for coping with every kind of disappointment and setback in life.

The funny thing is, people who follow the self-help mantra of the power of positive thinking are just as likely to fall down in a messy heap than those who don’t. Perhaps even more so.

Because it’s not whole.

We don’t need a double-blind, placebo-controlled study to call bullshit on this “positive thinking” quackery. It’s flawed; lopsided and totally without balance.

No amount of positive thinking will stop you from being a human in this existence. And the universe we live in has two sides, always.

When The Power of Positive Thinking hit the stands, 5 million people bought into the concept that if you just thought happy thoughts all of the time, your life would be fantastic.

So what’s wrong with positive thinking?

There are now thousands of self-help books that more or less say the same thing: stay positive, stay focused on your goals, cast self-doubt aside, shun criticism, visualise the things you want and you’ll eventually have them.

You know why positive thinking can be detrimental to your success? Because with it, you deliberately fail to consider and address crucial hindrances that stand in your way. Moreover, it often leads to inaction and failure to acknowledge your own faults and make corrections within yourself, setting you up for even greater despair and anxiety in the future.

Positive thinking does nothing but enhance your ability to deceive yourself into thinking you’re making progress when, in reality, you’re just standing still.

Twenty years ago Gabrielle Oettingen conducted a cognitive theory study on a group of women trying to lose weight. She found that the women who used positive thinking lost fewer pounds a year after their starting date than those who looked at the path ahead with a less rosy filter. Why? Ms Oettingen believes that perhaps positive thinking reduces our capacity and willingness to actively pursue our goals, maybe because in our minds we’ve already attained it.

It’s almost impossible to decide to think positive about every situation. Because in focusing on the positives, you fail to notice the real message of the universe is sending to you. You’re so busy trying to pretend everything is fantastic, that you may miss the chance to openly receive whatever joy is coming your way.

People who see the lesson and accept their human experience as a whole seem to have a smoother trip. They don’t view every speed bump, river, and crossroads as a hindrance, they simply plan their journey around these ‘obstacles’ along with a capacity to be open enough to allow them to be seen in a different way.

So, The Power of Positive Thinking: DEBUNKED

What are you looking for? 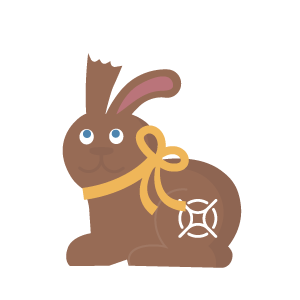 Fill in your name, email and phone number to enter to win 1 of 5 personal development pack worth over $200

You have Successfully Subscribed!